Attention, please? 2 minutes to cause impact!

Attention span is the amount of time most people can concentrate on initiating and finishing a task. Something like watching a video, for example. Most scientists agree that the ability…

Attention span is the amount of time most people can concentrate on initiating and finishing a task. Something like watching a video, for example. Most scientists agree that the ability to focus one’s attention is crucial for reaching a goal’s completion. The point is that when it comes to marketing & corporate video the terms change place and the goal becomes to keep people focused on the video they’re watching. Your video.

Attention span varies according age, science says. Older children can be focused for larger periods of time then younger children. As we get older our attention span can go up to 20 minutes. But it seems that modern life has introduced a twist in proven data. Some authors believe that the increase amount of technology in our lives is shortening our ability to stay focused.

Movie reviewer Roger Ebert, an active blogger and «tweeter» wrote about how «distracting» is tech life and the way it changed his reading habits as well as induced a constant search for excitement in his daily routine. Nicolas Carr wrote an article in «Wired» magazine, June 2010, about the experiences conducted by UCLA – University of California, Los Angeles – professor, Gary Small. He observed the brain of web veterans and non-veterans. Turns out web frequent users had developed «distinctive neural pathways».

This brings us to the main issue: what is the acceptable attention span limit for most of us: frequent web users? Empiric observation led communication gurus to say 2 minutes. You have two minutes to make a blast and state your point. The clock is ticking! 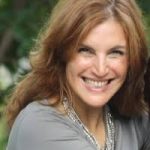